“For us, moving to Microsoft Azure is really about insurance for the business,” says 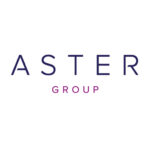 Steven Maidment, Assistant Director – IT Services at Aster Group UK, “Our choice of Microsoft Azure enables the business to be more flexible. It ensures IT isn’t getting in the way of what the business wants to do.”

In 2016, Aster launched a corporate building strategy which led to the launch in 2020 of its ‘right spaces, right places’ initiative – a response to changing customer needs and expectations. The nine-to-five model that traditionally characterised the industry was no longer appropriate. Plus, Aster wanted to ensure that its office footprint was best placed to serve the interests of the business, colleagues and customers.

“The change is built around our customers,” explains Steven Maidment, “and the needs of our own colleagues who also want more flexibility.”

The need to support flexible working arrangements was fundamental, as was providing more modern and efficient workspaces for colleagues. So that the business can continue to grow effectively and maximise its impact, there is a strong drive to leverage all assets and create optimal working spaces.

“We started by looking at mobile devices; laptops and mobile phones with Microsoft 365,” remembers Steven Maidment, “Even pre-pandemic, everyone already had at least one mobile device. We were using Enterprise Voice and had a considerable number of people were using Microsoft Teams, so we were well positioned to respond to the work-from-home directive.”

Even before the pandemic lockdowns forced everyone to work from home, the success of Aster’s flexible working programme meant that colleagues no longer needed to be in an office five days a week.

The IT team saw cloud migration as the next step in Aster’s digital journey. It would help reduce costs, simplify infrastructure and free up real estate for other purposes.

“An earlier consolidation project meant most sites no longer housed IT infrastructure. The last site was Andover, which housed our datacentre. Moving these datacentre services to the cloud offered potential to optimise costs,” explains Steven Maidment. “The datacentre also tied us to that office space. By moving those services to Microsoft Azure, we could prevent IT becoming a blocker to business goals.”

“We evaluated several cloud solutions and Microsoft Azure was the obvious choice,” Steven Maidment continues. “Plus, we already had Microsoft 365 and we have a five-year programme to migrate our core systems into Microsoft Dynamics.”

Preparing for a move to the cloud

The Aster team worked with Microsoft to understand likely costs and how to right-size servers. This helped the team to assess whether a move to the cloud was viable.

“Moving to Azure meant the costs associated with housing, heating, lighting and securing the datacentre could be avoided,” says Mark Bonelle, Infrastructure Networking & Virtualisation Lead at Aster Group. “Plus, we lose some of the management overheads because we don’t have to do the patching – all of that is done by Microsoft. That frees our team up to do other work.”

A survey of monthly usage was useful to make informed decisions about provisioning. Mark Bonelle adds, “In addition to regular monthly processes, you should consider the quarterly and annual processes that could affect provisioning. This is one way to understand where potential efficiency savings can be made.”

Working with Transparity to support the move

“Our model is to keep a relatively lean team and to pull in consultancy when we need it for specialist work,” says Steven Maidment. As a result, to support the transition to Microsoft Azure, Aster turned to Transparity, a Microsoft pure play partner that specialises in cloud and digital transformation.

“Working with Transparity made a big difference. They supported us throughout the planning for the move and we benefitted from their experience to tune up everything,” says Mark Bonelle. “One of the main benefits of working with Transparity was the knowledge transfer. Our team learnt best practice and some good tips as well as better ways to configure the Microsoft Azure environment.”

Steven Maidment agrees, “Transparity proved themselves; they are great organisation to work with.”

Investing in the team ensured a smooth move

Chris Robson, Infrastructure Services Cloud Lead, at Aster Group, explains, “We created a few additional servers – such as two Active Directory servers to go into Azure, and two Azure Virtual Desktop machines. Everything else was moved from our side in batches of applications that need to talk to each other. We used the Azure Migration Tool to do all of that and nothing failed.”

The team emphasises the need for detailed, advance planning to ensure project success. They recommend making use of the available Microsoft certifications and training, as this helps to ensure success and engage the IT team.

Steven Maidment emphasises, “It’s very important that we’ve invested in our team. Those who wanted took the exams and gained the relevant Microsoft certifications. It’s great for the team– and, at the same time, it de-risks the business. Building skills internally makes sense.”

“Microsoft and Transparity were really good at making sure were aware of the toolsets and total costs involved,” says Steven Maidment. For example, the team did a lot of work on rightsizing and is now using reserved instances to help manage costs.

The move away from the cost spikes of a cap-ex model to the relatively stable op-ex model looks very different. Steven Maidment says, “It can look like a cost ramp if you don’t consider the wider context. It’s still early days for us but we believe that the efficiencies that the new model generates will be significant.”

A key – but unexpected – benefit from the move has been the new discussions the IT team can have with the business about the real cost of services.

“In the past, when business leaders wanted to implement a new app, that business unit didn’t really need to consider the cost of the server the app would run on. We would just use a resource that was already sitting in the datacentre. We couldn’t give them a cost for that overhead,” explains Steven Maidment. “Now, every IT requirement comes with directly attributable IT cost. We can review exactly what it would cost to provision the new services in Microsoft Azure. We can now bring that to the table, so the business can make informed decisions.”

“It changes the conversation,” agrees Chris Robson. “I’m now working with the business to understand their needs over the next three years, so we can right-size systems, purchase reserve instances and bring a further saving of up to 50 percent.”

“De-risking is a key part of the equation,” emphasises Steven Maidment, “as are flexibility, mobility, and –increasingly – sustainability.”

“By creating a ‘virtual first’ offering, colleagues can work from a location that suits them. Whilst we’ll always have office spaces, there’s now far greater choice over when and where people work. It could be that they choose to work from home, out on site or from a local coffee shop or library,” Steven Maidment explains.

“We’ve also seen a productivity gain in IT,” agrees Mark Bonelle. “We don’t have to keep travelling to sites to repair kit – we can do it all from home. That means better productivity, reduced carbon footprint and reduced overheads.”

The next stage of the project will enable the team to make further cost savings through streamlined disaster recovery planning.

“It wasn’t so long ago our DR solution was to have hardware delivered to a designated site to be rebuilt from backup tapes,” says Steven Maidment. “We’d moved to site replication across our sites but, with ‘right spaces, right places’, we started to move to off-premises colocation and replication. We wanted to further de-risk that.”

“Azure removes some of the risk for us because it’s in a purpose-built datacentre,” advises Mark Bonelle. “As well as eliminating the overheads of colocation, the business will be in a much better place if it needs to invoke for any disaster recovery purposes. With Azure, we’re anticipating a simplified disaster recovery plan. We will have a fully automated solution. It moves the risk and gives us a much more sophisticated system.”

The ease of provisioning new resources in Microsoft Azure has delivered another unexpected benefit.

“At moment, you can’t buy new kit easily – the chip shortage coming off the back of the pandemic means that lead times are very long,” says Mark Bonelle. “If we were still on-premises or in a colocation datacentre, we would be struggling to get kit. But it’s not an issue with Microsoft Azure – we can instantly spin up new instances when we need them.”

For Steven Maidment, the key benefit has been in the de-risking of the infrastructure. “There are a number of risks associated with kit sitting in our office buildings: environmental factors, physical security and connectivity. The de-risking that comes from moving workloads into Microsoft Azure has been an important benefit for us.”

Overall, the project has helped Aster achieve its goals of enabling greater agility and flexibility. Steven Maidment concludes, “It’s really about ensuring from an IT perspective that we can meet the needs of the business both now and in the future.”

“One of the main benefits of working with Transparity was the knowledge transfer. Our team learnt best practice and some good tips as well as better ways to configure the Microsoft Azure environment.”

“Transparity proved themselves; they are a great organisation to work with.”

“Working with Transparity made a big difference. They supported us throughout the planning for the move and we benefitted from their experience to tune up everything,”

Whether your environment is on-premises, co-located or provided via a legacy private Cloud platform, Transparity’s technical experts will ensure that your move to Azure is well planned and stress free. As a leading direct Microsoft CSP Provider and Gold pureplay partner, we use the Microsoft Cloud Adoption Framework to ensure a smooth migration so you can be certain your organisation’s digital transformation is in safe hands.
Learn more