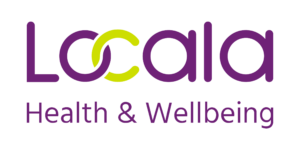 Locala are a health and wellbeing not-for-profit social enterprise, committed to providing the very best care to their local communities. Founded in 2011, Locala have grown organically over the years and as a result have seen a clear demand for digital transformation and further service offerings. They now offer care and support to the communities of Bradford as well as Kirklees, and Calderdale. Being a not-for-profit social enterprise has allowed Locala to have flexibility when creating their services, making it possible to cater to the needs of the community and offer tailored support for their patients.

Locala, as with so many organisations during the past 18 months, were looking to improve collaboration for their user base of over 1500 staff. The decision to replace an ageing Skype for Business platform with Microsoft Teams had already been made. However, Locala needed a Partner to help carry out a migration of this size and handle the complexity of existing commitments for commodity services such as SIP and call plans which had to be re-utilised to avoid a duplication of costs.

Locala were also in search of a Partner who could manage the complex group of third parties involved in this unified communications project, such as SBC licensing, SIP providers and third-party support providers. After approaching Microsoft for Partner recommendations, and a subsequent selection process, Locala felt that Transparity displayed the right combination of approach, technical accreditations and proposed solution for the Skype for Business to Teams migration.

Transparity proposed a Teams Direct Routing solution based on AudioCodes SBC’s (session border controllers), delivered in Locala’s own Azure environment, with ongoing support via Transparity’s SBC Managed Service. The AudioCodes and Microsoft Teams solution is an industry leading and scalable unified communications solution. It offers direct connectivity between enterprise voice infrastructure, that can be expanded to accommodate for continued growth and provides the comfort of a solution supported by Transparity and the underlying system vendors, yet operates within Locala’s Azure estate.

Bringing in Teams would provide an up-to-date collaboration solution that’s in-line with Locala’s current and ever-increasing use of the Microsoft Cloud platform. The addition of Transparity’s SBC Managed Service would also provide Locala with licensing and ongoing support for the underlying appliances that deliver the voice solution, providing peace of mind, and an attractive cost model.

The new system has delivered upon the core goal of re-utilising existing investments in commodity services like SIP and call plans, allowing this upgrade to go ahead without waiting until those services had run their course. As a result, this has allowed Locala to deliver this change earlier than originally envisaged, a change made necessary due to shifting work practices during the recent pandemic. The migration also had minimal impact to end-users, ensuring that the vital work that Locala carry out on a daily basis continued without interruption.

Locala’s end-users are now able to use telephony via a platform that’s supported by a managed service on an ongoing basis through Transparity’s expert Unified Communications team and 24/7 support capability. Most importantly, thanks to Microsoft Teams, Locala’s new environment allows for further integrations and expansion of features in time, as well as an immediately rich and collaborative platform for both internal and external users. Locala now have an environment that helps drive improved productivity and capability, allowing them to continue delivering their excellent services within the communities they serve.

“Transparity outperformed their competitors during the selection process we undertook to choose a Supplier to help us deliver Microsoft Teams, and I was delighted that the high standards they set in the early stages were maintained throughout the project. Having consistent, accessible, high quality support across technical and non-technical roles was invaluable and a major contributor to a successful project. I would engage Transparity for other relevant work that may arise in the future and would encourage others to do the same.”